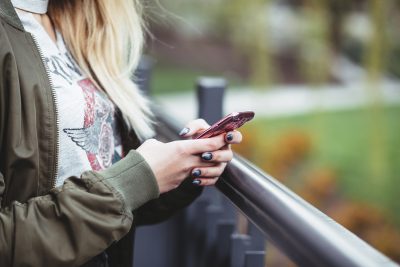 We’re supporting this year’s Safer Internet Day to raise awareness of some of the potential dangers that young people face online.

Our specialist case workers are currently working with around 65 children and young people aged between ten and 18 across Derbyshire who have been victims of or who are at risk of sexual exploitation – more than half have experienced some form of grooming online.

This ranges from young people sharing personal information with strangers online to increasingly sinister activity such as being coerced into sharing inappropriate images of themselves and agreeing to meet up face to face.

Online grooming is a growing threat with the increasing use of social media. An online predator is likely to attempt to build a friendship with a young person, finding things in common with them or things they feel concerned about that they can confide in them – this is commonly the start of the grooming process (both offline and online).

It is sometimes very quick or even over a long period, but a perpetrator will build up this relationship and later use the vulnerabilities they had identified initially to exploit the young person.

For example, initial contact online can turn far more dangerous and overtly predatory – asking the young person to send inappropriate photos and webcam images or persuading them to meet up. By this point, however, a young person may feel they trust the person on the other end of their phone and be more likely to agree to these things.

We feel it’s important to explain that children and young people are never to blame for what happens to them online. Although it is important for young people to be vigilant about privacy settings and who they talk to online – it is always the other person who is wrong for making these inappropriate approaches and ultimately, anything more serious which comes from this.

We reinforce the message that young people will not be punished for what they have said or done online but will be listened to and will be taken seriously.

Any inappropriate online behaviour should be reported to the police or CEOP – The Child Exploitation and Online Protection Command.

Our team at Safe and Sound works on a one-to-one basis with young people to help them recognise the dangers that the internet can pose to them and to better recognise the warning signs of grooming.

Our awareness sessions in local communities also highlight the importance of parents and carers ensuring that young people have privacy settings on all social media networks, mobile apps and games and where they can get support if they are worried.

Young people and their families can also contact Safe and Sound for advice and support.

To find out more about the online grooming experience of a young person we’ve worked with, you can read Olivia’s story here.