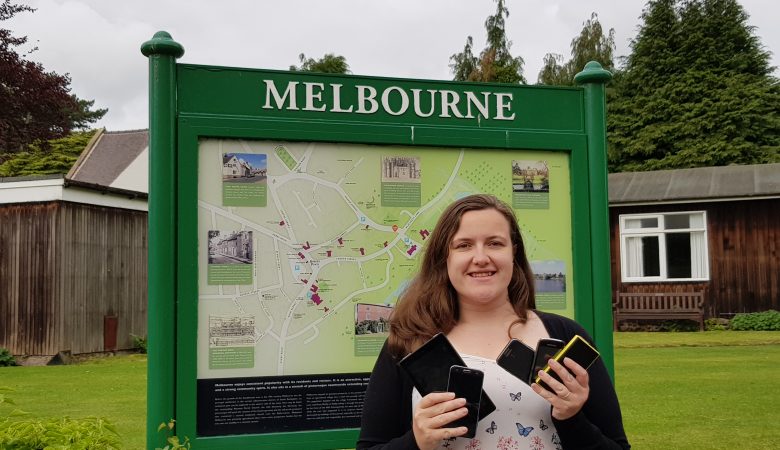 Derby-based Safe and Sound support children and young people who are victims of or at risk of child exploitation – including sexual, County Lines, Modern Slavery and trafficking – and their families.

A major part of the charity’s Butterfly Appeal to enable the expansion of services across Derbyshire has been a joint initiative with Sinfin-based Century Mobile and intu Derby shopping centre.

During the lockdown, households are being encouraged to dig out handsets and keep them until they can be dropped off at intu Derby or collected by Century Mobile who then arranges recycling with proceeds donated to Safe and Sound.

The appeal was recently promoted around Melbourne as part of the village’s inclusion in ‘Stay at Home Motor Show’ with classic car owners displaying vehicles in their driveway to be admired by passers-by.

Safe and Sound Head of Fundraising Tom Stanyard who is also a classic car owner, explained: “We put out a plea for people who are spending this time in lockdown clearing and tidying out their homes to donate their unwanted devices and we have had a great response – particularly from residents in Melbourne and the surrounding area.

“The ‘Stay at Home Motor Show’ was a particularly great ‘vehicle’ to promote the charity.  As well as receiving pledges to donate unwanted devices, passers-by admiring the classic cars donated just over £100 to Safe and Sound which is much appreciated.”