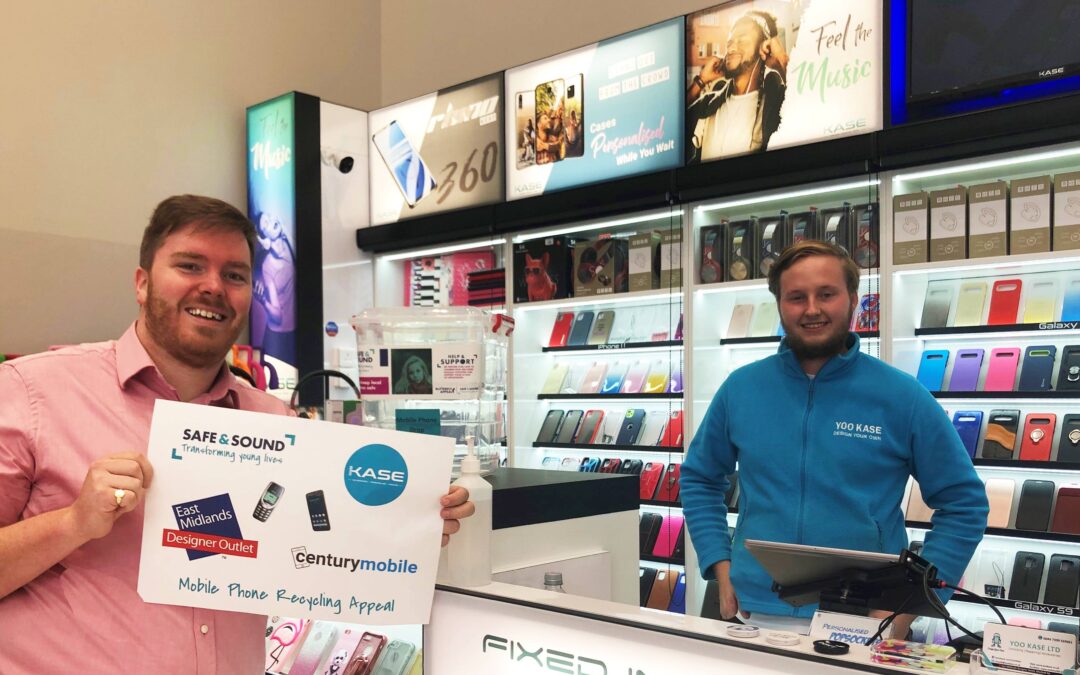 These are then recycled by Sinfin-based Century Mobile and proceeds donated to Safe and Sound’s Butterfly Appeal which was commended as fundraising project of the year in the recent East Midlands Charity Awards.

Safe and Sound chief executive Tracy Harrison said: “We are delighted that Yoo Kase at East Midlands Designer Outlet has lent their support for the recycling project which is raising vital funds for the charity.

“They join several businesses, groups and intu Derby who joined the recycling project earlier this year.

“As people start returning to shops and their normal lives, I hope that they will continue to look out unwanted mobile phones and enable us to turn these into much-needed cash.

“The money raised is being put to good use as we are busier than ever before – supporting young people who are at risk of or are victims of exploitation and particularly those who have been at greater danger of online grooming during lockdown.

“As well as raising awareness in local communities, we have also started an evening outreach programme in areas that are popular with young people and therefore perpetrators to ensure they recognise the potential dangers and know where to turn for help.”

For more information about the recycling scheme and other ways to support Safe and Sound, please visit www.safeandsoundgroup.org.uk and follow on Facebook and Twitter @safeandsoundgroup or email [email protected]

For more information about child sexual exploitation, Safe and Sound Derby and the Butterfly Appeal please visit www.safeandsoundgroup.co.uk and follow on social media. A powerful video outlining young people’s experiences and why local people and businesses should support Safe and Sound is online at https://youtu.be/xjcb1y2cfGE