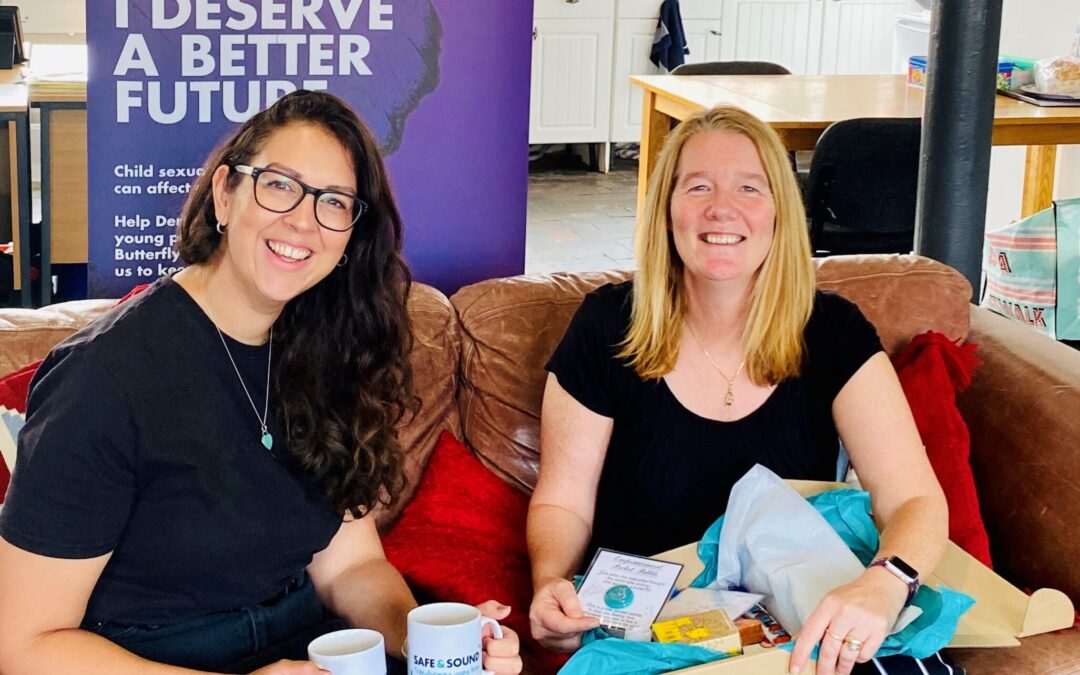 Safe and Sound have teamed up with Derby-based personalised gift company Colleague Box to create a bespoke ‘Hope Box’ for local young people and families who they work with.

The Hope Box is filled with calming activities, treats and positivity messages and Safe and Sound are aiming to secure sponsorship from individuals and businesses so that as many of the £20 boxes can be distributed as possible over the coming months.

Safe and Sound supports children and young people across Derbyshire who are victims of or at risk of child exploitation including sexual, County Lines, trafficking, Modern Slavery and radicalisation.  The team also supports families and raises public awareness across local communities about the dangers facing young people and the support available. 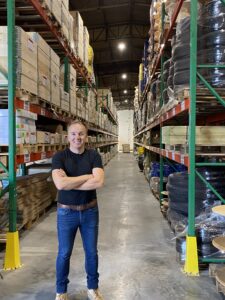 Amongst the companies who have already pledged support is Cosy Direct – a Derby based company which supplies responsibly sourced play equipment to schools and nurseries all over the UK.

Cosy Direct have sponsored ten Hope Boxes and CEO Peter Ellse explained: “We are huge fans of Safe and Sound and applaud the work of the charity that is close to our hearts.

“Cosy are champions of young people and it is good to know that charities such as Safe and Sound are working hard to keep children across Derby and Derbyshire safe.”

Safe and Sound chief executive Tracy Harrison said: “The Hope Boxes carry an important message to our young people and their families that they are not alone and are something that they can keep referring to and take comfort from in dark times.

“The appeal has got off to a great start and we have so far received support for 50 young people to receive their Hope Box.

“Our workload has significantly increased in the past year largely due to the increased vulnerability of young people who have faced social isolation during the pandemic.

“Our team works with these young people for as long as they need it with 1:1 and group support, positive activities, help to return to education or into work and practical support to help them move forward with their lives in a positive way.

“We are also working hard to support their families with the wider issues that they face such as financial hardship and mental health.”

Natalie Bamford, Creative Director of Colleague Box, said: “It was an absolute delight to team up with Safe and Sound to launch the Hope Box initiative.

“The boxes are packed full of goodies designed to give the children and young people who the Derby charity works with lots of motivation and support.

“We worked with local suppliers, including Derbyshire-based Divine Box and Homemade Boutique, to source bath bombs and cards which feature encouraging words to keep their spirits up and let them know that they’re doing well.

“There are a few sweet treats in the Hope Box, alongside a worry stone and mindful colouring book – proven to reduce anxiety, improve your mood and is great for helping you to switch off.

“The response to these boxes has been great and we’re delighted to once again be supporting Safe and Sound.”

To sponsor a Hope Box, please visit the new website https://www.safeandsoundgroup.org.uk/2021-support-ideas/ where there is information about how else to support the charity’s work and a wide range of resources for parents, professionals and young people themselves.

A 15-year-old boy will be amongst the young people to receive a Hope Box.

Sam (not his real name) was groomed and sexually abused by a neighbour when he was ten and continues to stay in contact with Safe and Sound’s specialist team.

Sam’s mum was initially groomed by the neighbour to gain her trust and his attentions meanwhile turned to her son.

Behind a manipulative cloak of outward kindness and attention, nobody knew that Sam was actually the victim of horrific sexual abuse at the hands of the neighbour. He ensured Sam’s silence by making threats of extreme violence towards him and his loved ones if he told anyone the truth.

After a family friend became suspicious and raised the alarm, the family went to the police.

Alongside the police investigation, it took Sam many months to fully disclose to his support worker from Safe and Sound the full extent of the abuse he had faced and that he had been raped. Thanks to his bravery, the perpetrator was prosecuted and jailed for five years.

Sam said: “The Hope Box is something that me and mum will be able to open up and look at the positive messages when we are having a bad day.

“My support worker from Safe and Sound has given me hope.  She helped me to speak up. She told me not to be afraid and showed me how talking about what had happened to me could help other people and stop him from hurting anyone else.”

Sam and his mum have both received on-going support from Safe and Sound to help them come to terms with what has happened and rebuild their confidence to move on with their lives.

She said: “This monster has taken away my son’s childhood. He has tried to commit suicide several times and says he is still petrified that his abuser will come back and do the things that he threatened to do if he told anyone what was going on.

“I struggle with the guilt and continually ask myself – why didn’t I realise what was going on?  This man got to my son through me.  We were both groomed and I never thought I would be taken in by somebody so evil.

“Something like this can tear your family apart and you feel that you have nowhere to turn.  The care, patience and expertise of the team at Safe and Sound has however given us hope for the future.

“Although we still have a long way to go, we are trying to move on with our lives but that has only been possible with the support of Safe and Sound and I think the Hope Boxes are a lovely idea.”