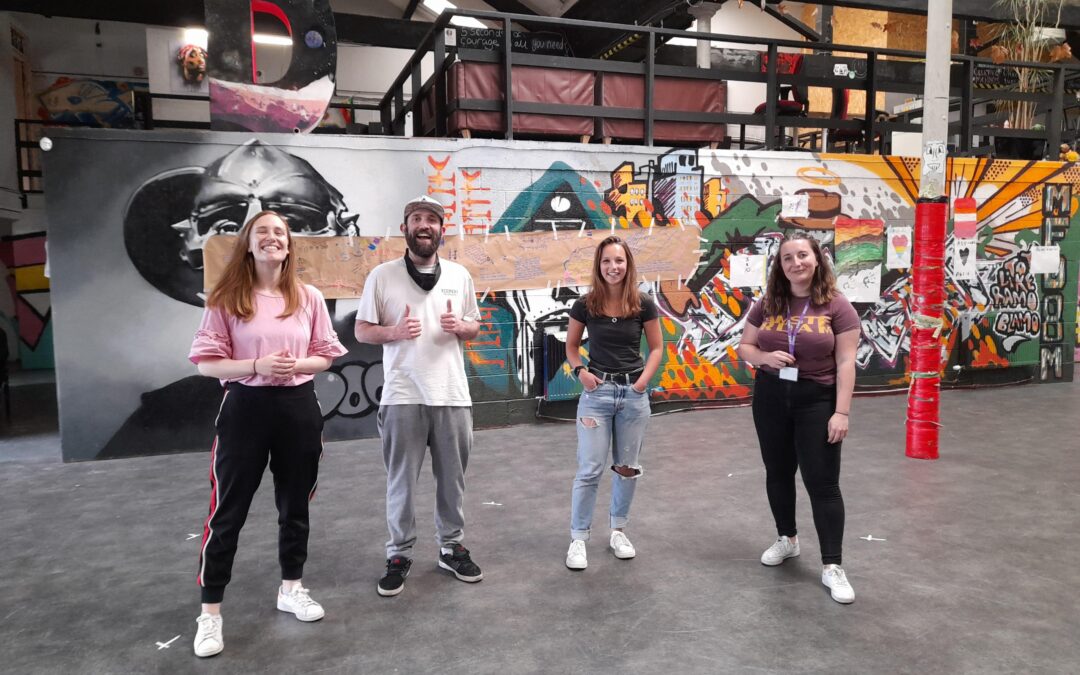 Derbyshire-born actor Molly Windsor, who is an ambassador for child exploitation charity Safe and Sound, was the guest of honour at a performance to celebrate an innovative creative project for local children and young people.

Safe and Sound teamed up with arts organisations Derby Theatre and Baby People to enable ten boys and girls to join the Youth Voice project as part of the charity’s work to help them overcome their experiences of child exploitation.

The young people chose equality and sexism as their subject matters and then worked with artists to create a rap and two dances which they performed to a small audience, including Molly Windsor.

The actor was inspired to get involved with Safe and Sound after starring in the television drama ‘Three Girls’ – based on the true stories of grooming and sexual abuse in Rochdale between 2008 and 2012.

She said: “The rap and dances were incredible.  They were all really confident and it was my pleasure to present them all with a certificate and a Hope Box which Safe and Sound has created, sponsored by local businesses, to support young people further on moving on with their lives.

“I was particularly heartened to hear that one of the girls involved in the project found that watching ‘Three Girls’ had helped her come to terms with her own experiences of sexual exploitation. It was a real honour to have the chance to hear about how she is much more positive about her future having worked with Safe and Sound.”

Safe and Sound supports children and young people across Derbyshire who are victims of or at risk of child exploitation including online grooming, sexual exploitation, trafficking, drugs lines, modern slavery and radicalisation.  The charity also supports the wider family and raises awareness in local communities of the dangers facing young people.

Safe and Sound youth worker Sally Littlewood added: “We started with a confidence building session and the artists from Derby Theatre and Baby People were inspirational in helping the young people to find their voice and translate their feelings and views into a rap and dances.

“Re-building a young person’s self-esteem and encouraging them to find their voice is so important in their transition from experiencing child exploitation and is something that we  focus on across all the activities that the young people engage with.

“As the project developed, it was incredible to see their confidence grow and the quality of the work they produced and performed was amazing – so much so that one of the girls now has the chance to record the rap that they wrote with Baby People.”

To sponsor a Hope Box, please visit the new Safe and Sound website https://www.safeandsoundgroup.org.uk/2021-support-ideas/ where there is information about how else to support the charity’s work and a wide range of resources for parents, professionals and young people themselves.