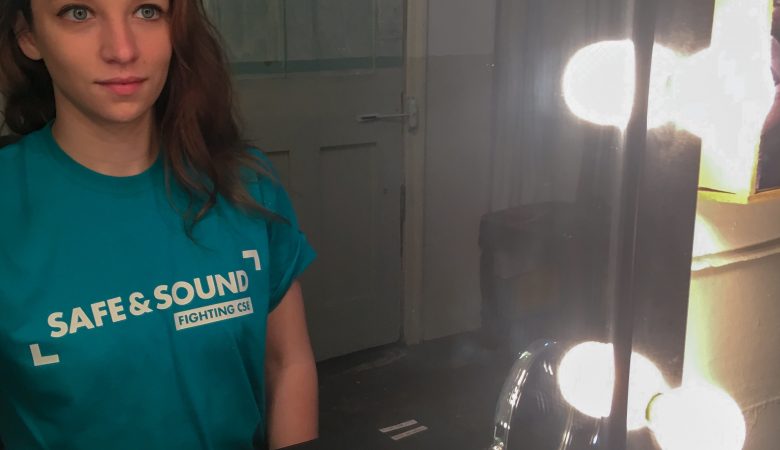 One of Safe and Sound’s supporters is acclaimed young actress Molly Windsor who made a welcome return to our television screens this week – starring in a new ITV drama ‘Cheat’.

Molly plays student Rose in the four-part psychological thriller which has been aired at 9pm every evening and finishes tonight. After watching the first three episodes, we can’t wait to find out what the conclusion will be.

Molly Windsor (21) won a BAFTA for her role in the 2017 BBC drama ‘Three Girls’. It was based on the high-profile true stories of girls who were groomed and sexually exploited in Rochdale. The series was so important for us in raising awareness of the issues that we deal with on a daily basis.

It took the issue into people’s living rooms – informing millions of viewers about child sexual exploitation – how these young girls were groomed over a long period of time, how difficult it was for them to speak about their experiences and how they were treated by police and social care and in the courts following their ordeals.

Following the series, we got in touch with Nottingham-based Molly and talked to her about our work to transform the lives of children and young people here in Derbyshire.

Having played the role of one of the victims in the television series, she had spoken to some of the young people who’d been affected and as such Molly had a good understanding of the long-lasting impact that child sexual exploitation can have on all aspects of a young person’s life.

Since our initial contact with Molly, she has supported our fundraising campaigns and helped to raise awareness of our work across social media.

Molly said: “After filming BBC drama ‘Three Girls’, I felt very angry that young people who were being sexually exploited were not being cared for by the authorities that are there to protect them.

“This is why Safe and Sound is invaluable and exactly the type of organisation I encourage everyone to support.

“Because of Safe and Sound, our anger at the stories we read about how young people are groomed and abused, can be turned into hope that we can have a society that cares and supports victims.”

Although services at the time in Rochdale failed these young people, we are pleased to see that the general response across the country to child sexual exploitation has been improving. But there is no room for complacency. There is much more that needs to be done and the support of the public and people like Molly is so vital to developing our work.

We are particularly proud to work closely with the police, social care and other organisations to tackle child sexual exploitation in Derbyshire.

People can find the details of victims’ experiences hard to hear and indeed, many victims understandably don’t feel in a suitable place emotionally to talk about what has happened to them more publicly – and they shouldn’t be expected to.

As we approach National Child Exploitation Awareness Day on Monday 18 March, it’s important to highlight the views of supporters such as Molly who are passionate about talking about the issue of child sexual exploitation and understand why young people need Safe and Sound’s support.

Increasing awareness and understanding of child sexual exploitation will surely contribute towards identifying and supporting those children and young people who are in such desperate need of our help as well work towards preventing it from happening in the first place.

Please email us or call us on 01332 362120 if you’d like to discuss ways to be involved as an official advocate for Safe and Sound or find out other ways you can help us raise awareness.