Our work with Eastern European and Roma communities 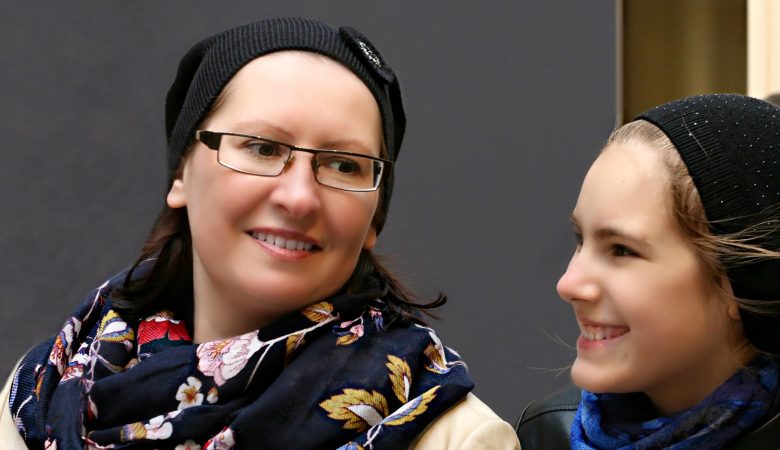 As part of this funding, I was employed to help raise awareness of child sexual exploitation amongst new migrant families in the area and particularly within Eastern European and Roma communities – Written by our New and Emerging Communities Worker Eugenia

Last year, Safe and Sound received funding from Derby City Council to work with new and emerging communities in the city.

As part of this funding, I was employed to help raise awareness of child sexual exploitation amongst new migrant families in the area and particularly within Eastern European and Roma communities.

What are some of the barriers these communities face?

Words such as grooming cannot be translated directly into these languages which means I regularly use examples to illustrate what I mean in order to raise awareness and understanding about child sexual exploitation.

In addition to language barriers, the families I work with are used to small close-knit communities where people know each other well so even a small city like Derby can seem overwhelming and culturally, very different.

Within Eastern European and Roma families, socialising and hospitality are a way of life. We enjoy meeting new people and making friends so our social circles are large. This is the same for young people in these communities – children are more likely to socialise instead of watching TV or playing computer games. The trust between friends and neighbours is such that people of all ages spend time together and children have a lot of freedom.

This is probably even more acute in these communities when they come to the UK. Many have left friends and family back home and so are likely to try to create connections and a sense of community-belonging when they settle here. However, this trusting nature and desire to meet new people, can potentially make them more vulnerable to grooming by perpetrators.

Our approach to working with Eastern European and Roma families

In Slovakia, and across many countries in Eastern Europe, families only have a support worker like me in serious cases and not when they are identified as being at risk of harm. The media in Eastern Europe has also traditionally given a negative view of support services in the UK – creating fears that children are often taken away from their families. These factors can make families initially suspicious of me as a worker from Safe and Sound.

It has therefore been very important for me to develop trust with the whole family and not just a young person who may be at risk of sexual exploitation. This helps tackle their fears that support services in the UK might try to separate their families.

To tackle these barriers, we work closely with Derby City Council’s New Communities Achievement Team and the New Arrivals Team as well the Multi-Faith Centre in Derby which runs Roma Community Care. Roma Community Care acts as a conduit between local agencies, the voluntary sector, and the Roma community and helps with advocacy and support. I often meet families and young people at the Centre where they are receiving support in other areas of their lives and offer my help to increase their awareness and understanding of child sexual exploitation as well.

I also work closely with local schools where there have been concerns about young people missing school and spending time with older adults. It’s important however, that all those working with children and young people remember that these are general signs of child sexual exploitation and not just specific to these new communities.

The response to working with Roma and Eastern European families

When parents find out I am able to provide advice and guidance about things they weren’t previously aware of such as grooming and online safety, they are very keen to find out more and ensure their children are aware of these dangers. Young people are often more responsive to working with me when they know their parents are on-board.

The initial stage of support with a young person can take longer than with young people whose first language isn’t English because of the need to explain things rather than provide a literal translation. Explaining the grooming process where someone may at first appear friendly and generous but may be doing this in order to do harm later can sometimes be a challenge when a young person is from a culture where meeting new people is the norm.

This demonstrates the way we work at Safe and Sound. We tailor our support approach to meet the needs of each individual young person rather than a “one size fits all” approach.

12-year-old Alek came to Derbyshire with his family from Eastern Europe and was nervous about starting school here.

He was befriended by a girl who was nearly 16 and whom he initially regarded as a friendly protector in a new and strange environment.

Their friendship soon turned into a relationship – holding hands and spending time out of school in the local park.

Meanwhile, Alek’s mother attended an awareness session, run by Safe and Sound in the local community.

She already had niggling concerns about Alek’s relationship with the girl and, when she found out that he had been lying about who he was with and where he was going, she spoke to the Safe and Sound support worker she had met.

Although nothing untoward had happened so far, there were warning signs that the girl may have been involved with adult perpetrators and that Alek was in danger of sexual exploitation, abuse or carrying drugs.

The Safe and Sound support worker worked with Alek to help him recognise some of the warning signs of sexual exploitation and he soon ended the relationship with the older girl.

Alek is now much more confident to say no to situations he is uncomfortable with and is vocal with other young people in his community to raise awareness of grooming and abuse.

Our New and Emerging Communities project works alongside a wider Safe and Sound project in the city, funded by Children in Need, to provide support for children and young people at risk of child sexual exploitation and raise awareness of the issue amongst local communities.

If you work with young people from Eastern European and Roma communities – as a youth worker or within a school for example – and would like to discuss potential awareness sessions or some support for a young person please call us on 01332 362120 or email us here.