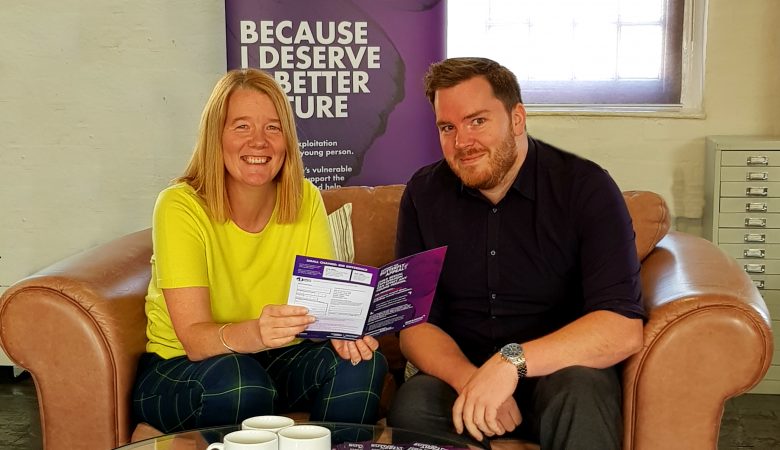 Tom Stanyard has been appointed Head of Fundraising at Safe and Sound which is the only local charity focused on transforming the lives of children and young people who are victims of or at risk of Child Exploitation, commonly referred to as CSE.

Mr Stanyard joins Safe and Sound from Rainbows Hospice in Loughborough where he was Corporate Partnership Fundraiser with previous experience in sales and business development.

His new role will focus on driving forward Safe and Sound’s Butterfly Appeal to raise vital funds for a new and innovative programme of support for young people, their families and wider local communities.

Safe and Sound Chief Executive Tracy Harrison explained: “We have already supported hundreds of children and young people who have already been sexually exploited and helped to protect many others in danger of online and direct grooming which is the first stage of these perpetrators’ evil manipulation.

“Moving forwards, we need to step up the support available in our local communities with new services such as outreach work, family support, youth work programmes, psychological therapy, longer term support for survivors and an expanded community education programme.

“However, we will not be able to do this without the support and generosity of businesses, groups and individuals across Derbyshire and have launched the Butterfly Appeal to raise vital funds to achieve our goals.

“Tom’s experience and evident passion for supporting and improving the quality of life for children and young people through his previous role will be vital as the Butterfly Appeal gathers pace.”

Mr Stanyard added: “I am honoured to be joining Safe and Sound at such a pivotal time for this well-respected charity and to bring the vision to reality.

“We are currently finalising a great programme of corporate partnerships and exciting fundraising challenges which will run alongside our widespread programme to raise awareness of CSE which affects so many children and young people and their families in our local communities.”

For more information about Safe and Support can help and how to support the charity’s work in Derbyshire, please visit www.safeandsoundgroup.organd follow on Facebook and Twitter @safeandsoundgroup #BuildingStrongerWings

For more information about child sexual exploitation, Safe and Sound Derby and the Butterfly Appeal please visitwww.safeandsoundgroup.co.ukand follow on social media.A powerful video outlining young people’s experiences and why local people and businesses should support Safe and Sound is online at https://youtu.be/xjcb1y2cfGE