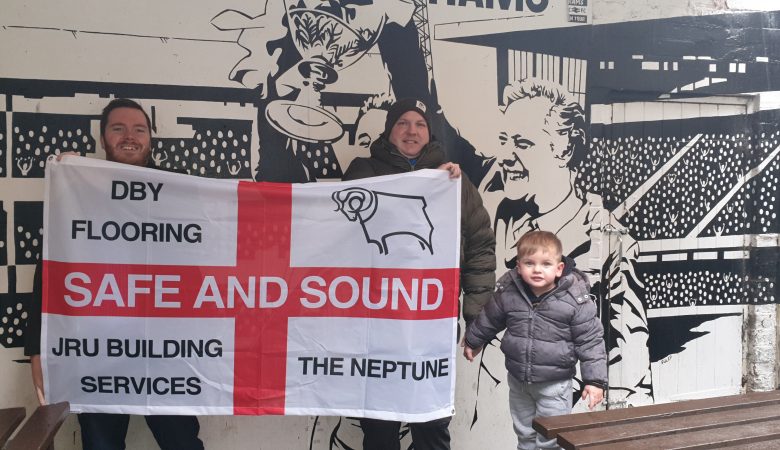 A Derby charity fundraiser is preparing for his ultimate challenge to raise money for local charity Safe and Sound’s Butterfly Appeal.

Simon Barcz (39) from Oakwood has already raised more than £10,000 for Derby-based Safe and Sound which specialises in grassroots work across the county to transform the lives of children and young people who are victims of or at risk of child sexual exploitation (CSE).

Mr Barcz, who is a heat treatment specialist at Gardner Aerospace in Derby has completed several half and full marathons and other running challenges as part of his bit to tackle type 2 diabetes.

Having shed nearly six stone, he has set his sights on trekking to Everest Base Camp next month – tackling 115km across difficult terrain and battling altitude sickness to reach heights of 19,000ft above sea level.

On his return, he will join family and friends for a belated birthday celebration on Sunday November 17 at The Neptune pub in the city centre which has sponsored him for the challenge alongside DBY Flooring and JRU Building Services.

Mr Barcz said: “Having done all sorts of charity fundraising challenges – I wanted to do the ultimate trip and you don’t get much bigger than going to the Everest base camp in the Himalayas.

“I am now 15 stone 6 lbs which is the lightest I have been for many years and I feel great.  I was 24 stone at my heaviest point and would like to get a few more pounds off before and during the trip.

“I feel prepared physically and mentally but the only unknown is how I will react to the high altitude so hopefully that will be OK.”

Mar Barcz continued: “When I started raising money to give me the motivation to change my lifestyle, I supported national charities but switched to Safe and Sound as I wanted the money I raised to go to a local charity that supports local children and young people.

“I am very near my goal of £4,000 ahead of the trip but hopefully the regulars at The Neptune and other local pubs will dig deep to support me as they follow my journey.”

The money raised will go towards Safe and Sound’s Butterfly Appeal to enable the charity to expand its work to support young people, their families and further raise awareness of CSE amongst local communities.

Safe and Sound chief executive Tracy Harrison said: “Simon has been one of our most active fundraisers in recent years and we wish him the best of luck in this, his ultimate endeavour.

“The money he has so kindly raised will greatly help us to develop the vital work needed to support and protect children and young people from the devastating and manipulative damage that sexual exploitation has on their lives.

“We will be eagerly following his progress and look forward to welcoming him back safe and sound to Derby for what will be a well deserved birthday celebration and rest.”