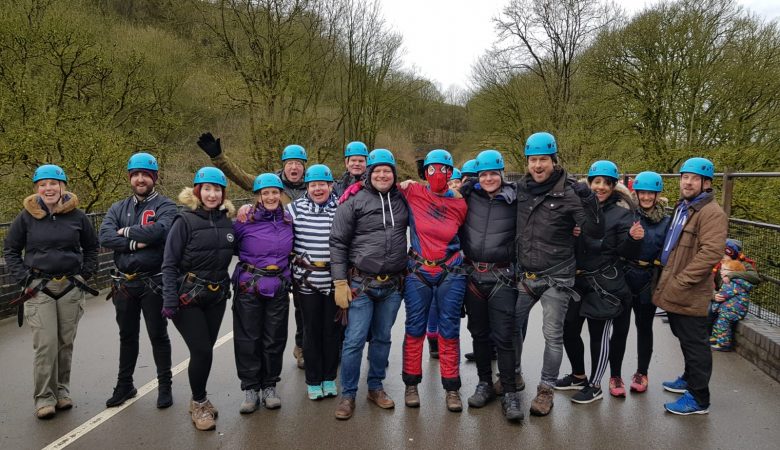 A 32-strong group of fundraisers abseiled 80ft off Miller’s Dale Bridge in the Peak District to raise money for the local charity that supports children and young people in Derbyshire who are victims or at risk of child exploitation including online grooming, sexual exploitation and County Lines.

Fundraisers included representatives from Dains accountants, Threeguru marketing agency, University of Derby and Derby City Council as well as Safe and Sound ambassadors, BAFTA-winning actor Molly Windsor and child exploitation survivor Louise Murphy-Fairclough (18) who has been supported by the charity.

She said: “February 29 only comes around once every four years so we wanted to make this a day to remember for all of our brave supporters as well as raising a lot of money for the charity.

“We have raised more than £10,000 so far with more sponsorship coming and this will all go towards our Butterfly Appeal which will help us expand the work we do to support young people and their families and to raise public awareness of child exploitation.”

She continued: “It was a terrifying experience to step backwards off the bridge but once you got going it was an amazing and exhilarating experience and the trainers from Abseil Derbyshire were so encouraging.”

For more information about child exploitation and how to support Safe and Sound’s work, please visit www.safeandsoundgroup.org.uk and follow on Facebook and Twitter @safeandsoundgroup or email [email protected]

CSE is a particularly manipulative form of abuse and is also linked to wider child exploitation issues such as County Lines, gangs, trafficking and modern slavery.