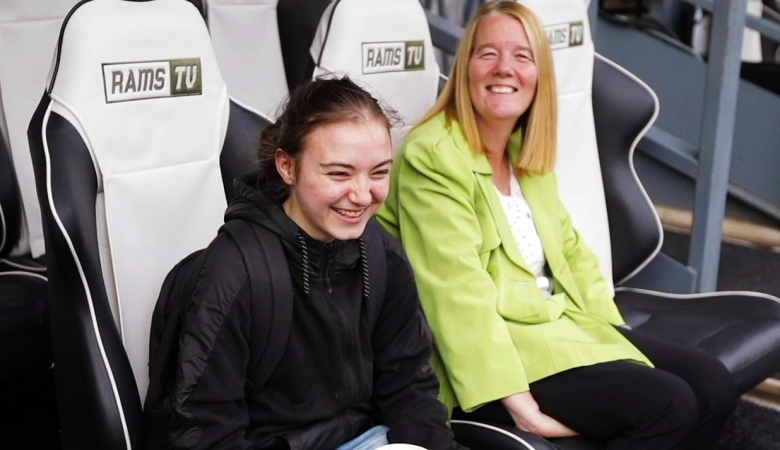 The chief executive and a young ambassador of Derby-based charity Safe and Sound have both gained national recognition for their work to tackle and raise awareness of child exploitation.

Mrs Harrison reached the final of the Helping Hands Award which recognises the outstanding contribution of those who work tirelessly to improve the response to children and Louise was a finalist in the Inspiring Voices award – for young people who have inspired others to tackle exploitation.

The awards ceremony – originally planned for this month – will now be held virtually when winners and finalists will be congratulated on their work.

Tracy Harrison was appointed CEO of Safe and Sound last May and has been instrumental in widening the charity’s scope and services to support children and young people across Derbyshire who are victims of or at risk of child exploitation – including sexual, County Lines, Modern Slavery and trafficking – and their families.

Louise, who lives in Erewash, has been supported by Safe and Sound since being targeted by groomers online.

She is now the charity’s young ambassador and works alongside Safe and Sound support officers to raise awareness of the dangers facing young people both online and in local communities.

Tracy Harrison said: “Louise and I are honoured to be finalists in these prestigious awards organised by NWG which is also based in Derby and brings together organisations across the UK in the national response to this growing issue.

“It is a shame that, like countless other events, the awards celebration has been cancelled but we look forward to meeting up with colleagues across the country for a virtual presentation to recognise the good work that is underway to better protect children and young people from exploitation in all its manipulative forms.”

Chair of Trustees Allen Graham concluded: “We are extremely proud that the achievements and commitment of both Tracy and Louise have been recognised in this way.

“Both have played important roles in expanding the remit of the charity’s support for young and families across Derbyshire and in raising awareness amongst local communities of the real and present dangers facing children and young people in today’s society.”