Local Charity Returns To Its Roots 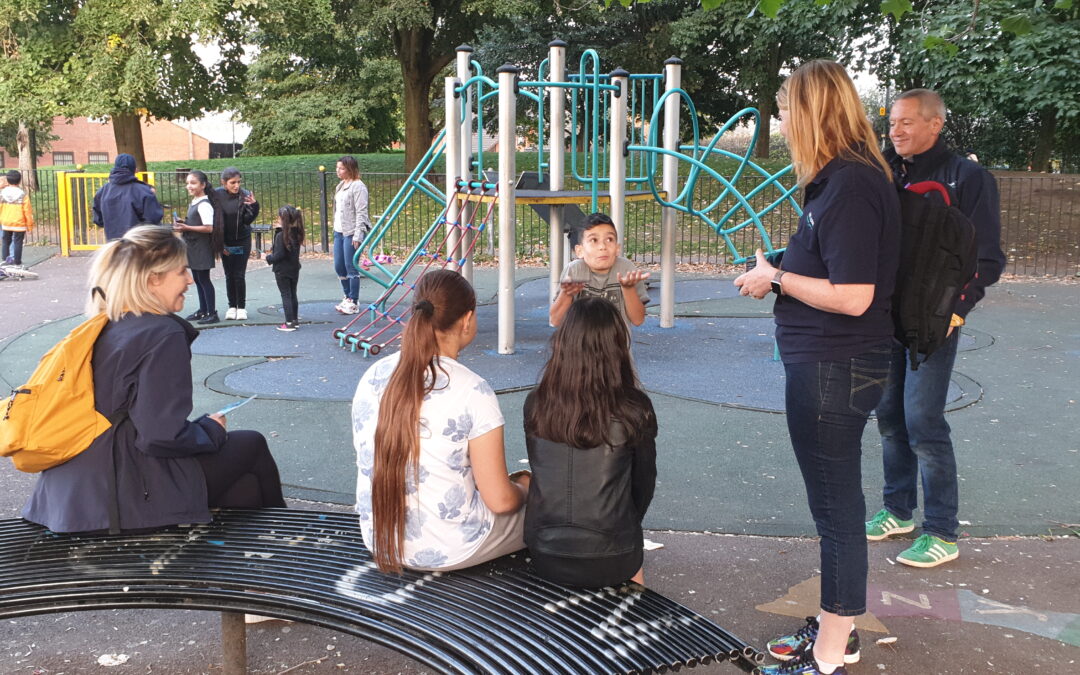 Specialist Derbyshire charity Safe and Sound has launched a weekly outreach programme across the city in a bid to protect more young people from child exploitation.

Safe and Sound supports children and young people across Derbyshire who are victims of or at risk of child exploitation which includes online grooming sexual exploitation, County Lines, Modern Slavery and trafficking as well as supporting the wider families and raising awareness of the issues in local communities.

The key objective is to gather information and intelligence about suspected criminal activity, talk to young people about their experiences and provide support or signpost them to other organisations.

The sessions are funded by the Office of the Derbyshire Police and Crime Commissioner and the team regularly engage with up to 50 young people a night.

Safe and Sound chief executive Tracy Harrison explained that the outreach programme had been prompted by potential consequences of lockdown and continued restrictions which had led to young people spending more time online and therefore being at greater risk of grooming.

So far this year Safe and Sound has supported more than 123 young people and their families – compared with 100 during the whole of 2019.

The majority were victims of or at risk of sexual exploitation but there has also been a greater incidence in concerns about trafficking and County Lines.

The local picture is backed by national statistics.

The National Crime Agency (NCA) recently reported that there were at least 300,000 people in the UK who posed a sexual threat to children either through physical contact abuse or online and a 10% rise in internet offending during lockdown with 4,000 intelligence reports passed to police forces to investigate.

New government figures also show that 377 children were referred to the National Referral Mechanism – the UK’s framework for identifying modern slavery victims (including County Lines) – between April and June this year compared to 182 during the previous quarter.

Safe and Sound chief executive Tracy Harrison said: “Lockdown and the continued restriction on social gatherings has heightened the risk of child exploitation.

“Children and young people have not been in school and their increased stress and isolation has meant they have become used to spending far more time online.

“They have also faced additional issues including increased financial pressures on families and heightened tensions at home which make they more susceptible to manipulative grooming from sexual predators and drugs gangs – both online and in person.

“Our focus from the start of the pandemic was to mitigate the risks of online grooming through awareness of the importance of privacy settings and the dangers of unhealthy relationships.

“As young people have more recently naturally wanted to spread their wings and return to meeting up together, we recognised the need to start the outreach programme to engage directly with young people and highlight the dangers they face at the hands of individuals and groups.

“It is this grassroots work as experienced ‘eyes and ears’ in local communities that helped lead to the successful prosecutions under Operation Retriever ten years ago.

“We are therefore returning to our roots as a charity – visiting parks and particularly hot spots where we know from experience that young people tend to meet up and therefore attracts perpetrators who target them for their own criminal purposes.

“Many young people are telling us that they have been approached online and that they continue to feel isolated because of the cancellation of positive activities which they previously enjoyed.

“We are now sharing this feedback as well as information gathered about any suspicious activities with key partners in the city.

“We also aim to reassure young and their families that we are here to support them, engage them in our own youth activities or refer them to other organisations for help with other specific concerns and issues that they face.”

For more information about support the work of Safe and Sound and ways to support the ongoing Butterfly Appeal, please visit https://safeandsoundgroup.org.uk/what-you-can-do/cycle/

The charity continues to specialise in child sexual exploitation and is now developing its services to support children and young people facing or at risk of wider exploitation which are often interlinked.  These include physical and emotional violence, neglect, modern-day slavery, radicalisation and human trafficking, domestic abuse, missing episodes and County Lines.

Safe and Sound is led by former police superintendent Tracy Harrison with the support of a specialist team; an experienced board of Trustees and now a team of Ambassadors who are helping to raise the profile of the charity and the issue of child exploitation.