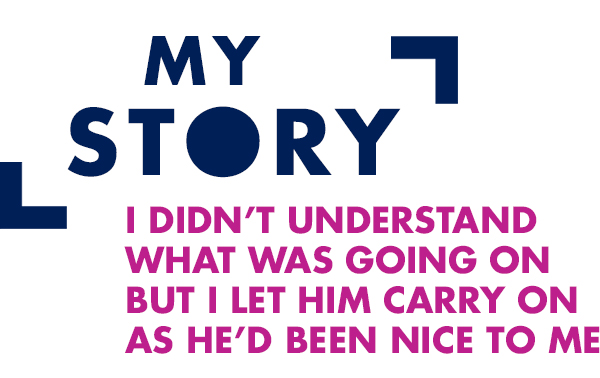 1.CSE takes many different forms from rape and sexual assault to online grooming and encouraging children to share inappropriate images of themselves.

2. CSE can have a huge and lasting impact on a child’s short, medium and long-term mental health and emotional well-being

Support from Safe and Sound has helped Kylie put her life back on track – coming to terms with what has happened to her and recognising that she deserves to be in a healthy relationship.

Kylie, (not her real name) has suffered sexual exploitation and abuse for much of her young life.

At 15, she was sexually assaulted by an older boy who she regarded as a friend. He was given a community service order rather than a custodial sentence which devastated Kylie as she thought she had not been taken seriously.

So when she finally spoke out about an older family friend who had been grooming and abusing her since she was 12 – she thought that, yet again, she would not be believed.

This man was however charged but fled before he was due in court and is still on the run.

Mistrusting of services and with rock bottom self-esteem, Kylie was referred for support by Safe and Sound.

She told her Safe and Sound support worker that she did not care what happened to her anymore and felt she did not deserve to be treated well by men.

Her experiences had so seriously affected her mental health that she started to experiment with drugs to help her cope with her experiences and emotions.

Gradually, she built up a good relationship with her support worker who has helped her come to terms with what she has been subjected to and build up her self-confidence.

Now aged 16, she recognises that she deserves a healthy relationship.  She is working towards being back in education and is starting to make plans for her future life.